This is the fourth in a series of interviews with the Certilytics employees behind our market-leading healthcare predictive analytics solutions.

But he quickly discovered many opportunities to learn and grow—and has branched out to work on a variety of other projects throughout the company. This has helped him gain new skills, including the Scala programming language and Apache Hadoop platform.

Below is a Q&A about his experiences with the company. 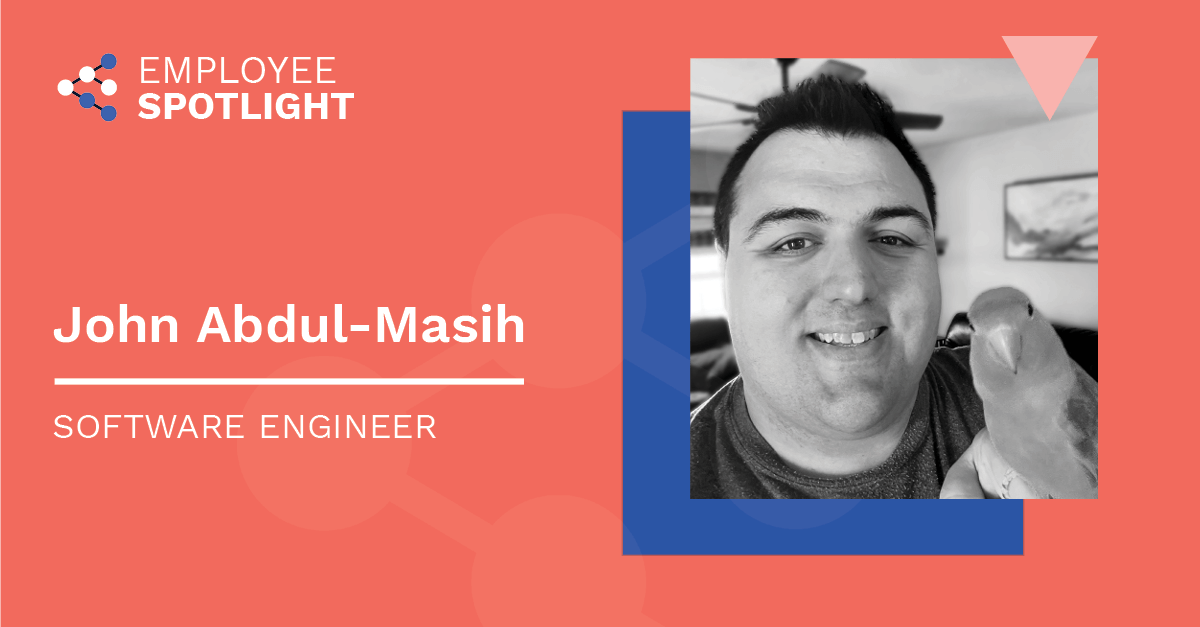 Q: Hi, John! How long have you been with Certilytics?

A: Just over a year! I was brought on in 2020 for user interface and web work but was quickly invited into other projects. One of them, automated PDF creation, was unlike anything I’ve done previously and was a real joy to work on. Another project involved Scala and Hadoop, both of which I’d never worked with previously. It’s been great having this variety of work and the opportunity to expand into new things.

Q: What led you to want to be a software engineer?

A:  My path to taking on programming as a career is a long one. My first experience with programming was when I was 14 or 15, when I used the GeoCities HTML tutorials to make some basic pages for TV shows and music that I liked. From there, I’d casually keep up on changes in web tech, but always considered it a hobby. My actual career goals back then were to get into computer graphics and 3D modeling, but the only college near me with a CG program shut down the same year I completed high school.

After getting the opportunity to tour a Microsoft campus, I decided to continue looking into careers in computers, and I joined the University of Iowa’s Computer Science program. After graduating, I spent about four years in systems administration but eventually decided that web work and programming were where I wanted to be and moved into software engineering. I’ve never regretted it!

Q: What’s your favorite thing about working at Certilytics?

A: We have a great crew here with a lot of people enthusiastic about the tech we use, and that enthusiasm shows in their code and projects. For any questions I’ve had, it’s never a problem to get someone into a call to sort out the answers. If I have an idea or suggestion for a product, I can tell my manager and they’re excited to hear about it. The people are what make or break a job–and Certilytics has that covered.

A: It’s not really “advice,” but I think one of the best things for my career has been my friends on the same or similar career paths. When I was first starting out I didn’t have perspective on my level within the industry. I was a computer hobbyist with a CompSci degree, certainly not a “sysadmin” or “software engineer” – those jobs were for the professionals! And if I didn’t have friends I could talk shop with, that attitude would’ve stuck around much longer. But sharing our work stories and talking about new tools and concepts made everything seem more approachable and less opaque. Instead of pigeonholing myself early on, I had perspective on what moving forward in my career would look like and what my options were. And I’d like to think I provided some of that to my friends as well.

Q: What’s a mantra or motto that has guided you or that you live by?

A: Hanlon’s Razor: “Never attribute to malice that which is adequately explained by incompetence.” I see that phrase as a way of saying, “Give people the benefit of the doubt.” It’s so easy to read into things and see intent that may not actually be there. To assume ill-intent makes the world a much colder, more unwelcoming place. A world where people are well-intentioned but have the occasional fluke is the perspective I try to have.

Q: What are your hobbies outside of work?

A: I’ll joke with people that my hobbies include “anything with a screen.” Computers, video games, gadgets, and so on. I think we all generally enjoy them, but I try to follow the industries behind them as well. Even in the video game industry, there’s so much that could be said about the history there, as well as the trends they’ve gone through and are currently going through. Knowing that adds so much depth and context to what might otherwise be “just a video game.”

Outside of that, I generally like building or fixing things. Some of my bigger projects have been costumes and props for anime conventions I attend. Costume making is such a fun learning experience. Sewing, plastic shaping, and electronics are all things I picked up in costume making. Learning about electronics opened up smaller projects too. For instance, I recently molded a Gameboy Advance with a new modern screen and rechargeable battery, plus some other improvements. You start one project and you never know where it’ll lead.

Q: If you could learn to do anything, what would it be?

A: Speak Arabic. I’m half Syrian but wasn’t taught Arabic growing up, so there are parts of my family that I can’t really communicate with unless someone is around to translate for me. And even for my relatives on that side who speak English, it’d be so neat to understand them in their native language. While most of my relatives are out of Syria now, I’d still like to visit the country someday—and knowing Arabic would be very helpful for that.

Q: What was your childhood dream?

A: To be a scientist and inventor. “Back to the Future” was my favorite movie as a kid, and I took strong inspiration from that. The scientist thing never really happened, but a lifelong love of science concepts did spring from that. And while I’m not an inventor, I definitely like tinkering. In a lot of ways, the dream never really left!